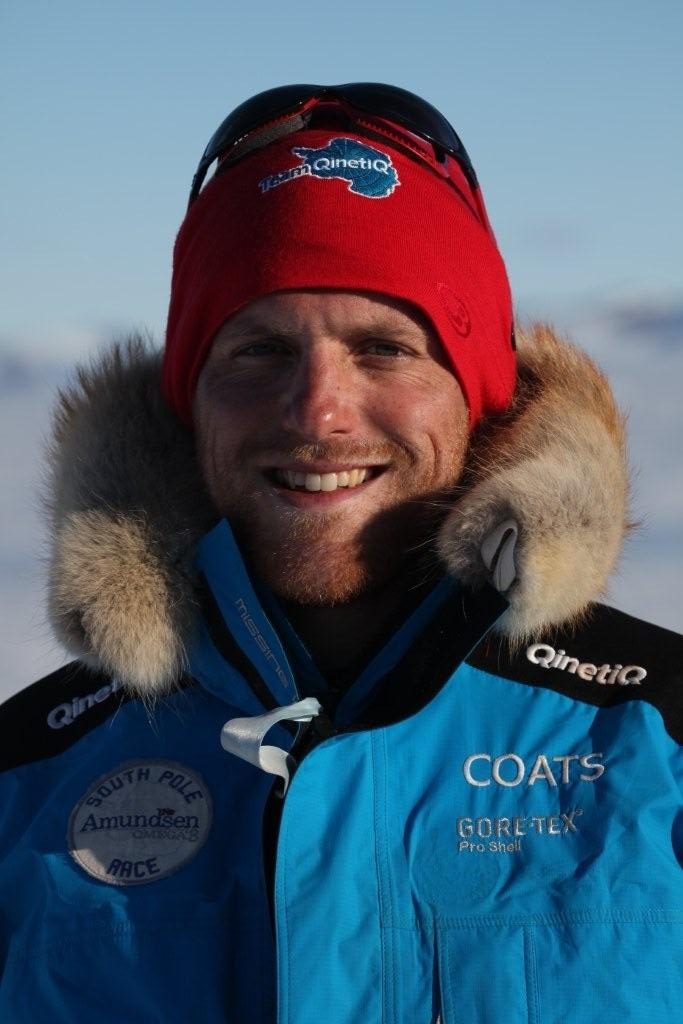 Ed is a doctor in Oxford with degrees in Medicine, Extreme Human Physiology and Medical Law. In 2009 he took a break from Medicine to join James Cracknell and Ben Fogle on the first ever race of its kind to the South Pole. Ed completed a two-day selection course beating over 650 applicants to win his place on the team. The expedition and selection process was filmed for a 5-part TV series for BBC2 called ‘On Thin Ice’.

Prior to ‘The South Pole Race’, Ed was no stranger to physical hardship and had represented Great Britain as a track and field decathlete and led two teams to swim the English Channel for charity. After returning from the South Pole Ed celebrated becoming thirty with his ’30 at 30′ project taking on thirty adventurous challenges around the UK in a year, which included a Thames swim, a ‘Coast to Coast’ race across Scotland and an endurance mountain marathon on Dartmoor amongst others.

Since returning from Antarctica Ed has jointly led a ski expedition to the Geographic North Pole in 2012, which appeared on Channel 5’s ‘North Pole Ice Airport’. Ed has also jointly led a series of ‘Extreme classroom’ projects in the High Arctic and Africa. ‘The Coldest Classroom on Earth’ and ‘The Hottest Classroom on Earth’ were filmed for BBC World. These projects show that children with challenging behaviour, who are frequently labelled ‘un-teachable’, engage if taught with the right approach.

Ed is highly regarded international keynote, after dinner and motivational speaker to business and in the public sector. In presentation he talks about leadership, team performance and the impact of team dynamics on a project.